Currently, the Paddington project includes Proven and Probable Ore Reserves of 18.53Mt @ 1.86g/t Au containing 1.11Moz of gold, with Measured, Indicated and Inferred Mineral Resources of 151.5Mt at 1.47g/t Au containing 7.14Moz of gold.  This represents a substantial increase of 2.58Moz on the Mineral Resource estimate at 30 September 2014. Ore Reserve levels hav been continually replenished above 1Moz since 2008, despite production and depletion of 1,126,000oz since the Norton acquisition of Paddington in 2007. 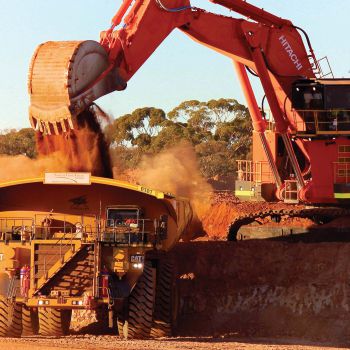 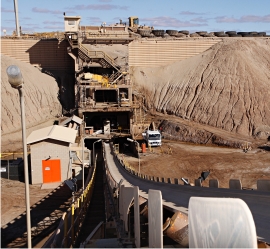 Mineral Resource and Ore Reserve status changes between the previous publicly released estimates (for 31 December 2013) and those reported herein are due to a combination of :

Geology of the Kalgoorlie region consists of Archaean greenschist facies mafic to ultramafic volcanics and intrusives with later intermediate to felsic volcanics, volcaniclastics and sediments.  Gold mineralisation occurs in a number of different settings which typically include the interaction of structural pathways with stratigraphically and rheologically reactive host rocks.  Ore bearing alteration assemblages typically comprise ankerite-sericite-albite-silica-biotite-pyrite-pyrrhotite.

Open cut ore mining is in progress at the Enterprise Deposit (Ora Banda Project) where the bulk of mill feed ore is being sourced, supplemented by the small Wattlebird open cut mine, and by ore stockpiles from previously mined satellite open cut operations.  Underground mining is in progress at the Homestead Underground Mine (Mount Pleasant Project), which includes the Black Flag West Vein, and at the Bullant Underground Mine (Carbine-Bullant Project).

The Paddington Operation has a strong pipeline of potential open cut and underground projects which are being targeted by staged resource development programs.  The project pipeline is capable of supporting a long-term Life of Mine (LoM) plan.

Peter Ruzicka, Brad Daddow and Richard Sulway all have sufficient experience relevant to the styles of mineralisation and types of deposits which are covered in this report, and to the activity which they are undertaking to qualify as Competent Persons as defined in the 2012 edition of the ‘Australasian Code for Reporting of Exploration Results, Mineral Resources and Ore Reserves’. Guy Simpson, Elizabeth Jones, Peter Ruzicka, Brad Daddow and Richard Sulway all consent to the inclusion in this report of matters based on their information in the form and context in which it appears.